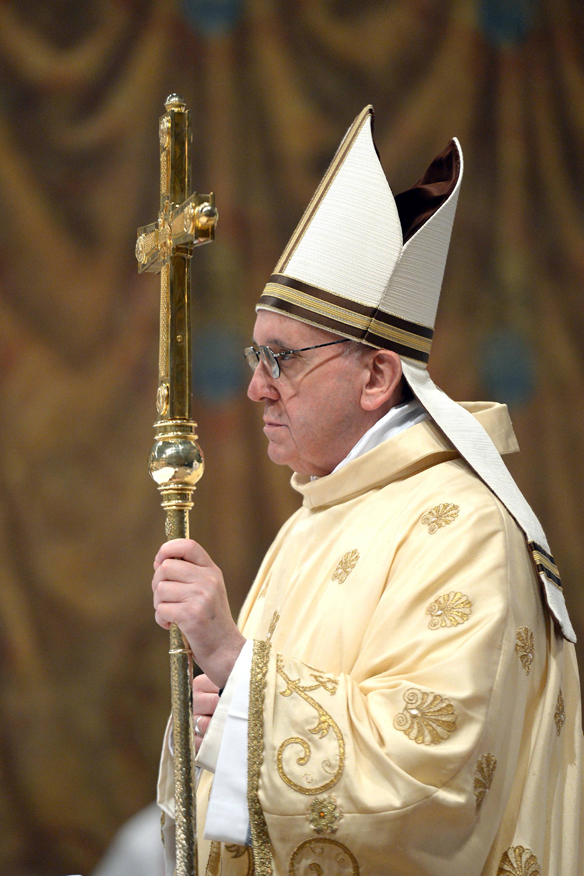 Newly elected Pope Francis I, Cardinal Jorge Mario Bergoglio of Argentina, leads a a mass with cardinals at the Sistine Chapel, in a picture released by Osservatore Romano at the Vatican March 14, 2013. In his first public Mass, Pope Francis urged the Catholic Church on Thursday to stick to its Gospel roots and shun modern temptations, warning that it would become just another charitable group if it forgot its true mission. REUTERS/Osservatore Romano (VATICAN – Tags: RELIGION) FOR EDITORIAL USE ONLY. NOT FOR SALE FOR MARKETING OR ADVERTISING CAMPAIGNS. THIS IMAGE HAS BEEN SUPPLIED BY A THIRD PARTY. IT IS DISTRIBUTED, EXACTLY AS RECEIVED BY REUTERS, AS A SERVICE TO CLIENTS.

This site uses Akismet to reduce spam. Learn how your comment data is processed.